The Most Known Cyber Attacks In History 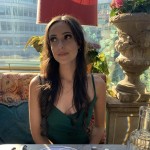 Hacking is very common in the world we live in for several reasons. One of the main reasons is that we are reliant on technology and use it to store all of our info. Furthermore, cyber-attacks happen nearly every single day. Some you hear about and others you don’t.

Cyber attacks are usually mentioned when a billion-dollar company has been affected or a nation. Furthermore, if the news believes more could be in danger, that is when they make people aware of it.

Cyber-attacks will either be for financial gain or to destroy a company or government. Since the start of technology, there have been many cyber attacks and it certainly isn’t new to the digital age.

Hacking is a lot more common than you think as well. It is estimated that around three out of four Americans have been a victim of cybercrime. That can include money stolen, stolen identity or information about them just being leaked.

Cybercrime doesn’t seem to be going away either. Even though the technology is becoming more advanced, so are hackers. They only seem to be getting better. You would think that with the money these companies have, their technology would be improved to keep their data systems safe right? Well, that is not always the case.

Here are some of the most iconic cyber attacks we have seen since the start of technology.

The Citibank hack is one of the most iconic hacks in history as well as one of the earliest. It all started with a computer programmer from Russia and he did something that not many hackers can do. He used Citibank’s telephone system to steal hundreds of account details, unlike most hackers who use the internet and computer systems to steal data.

He stole endless passwords and account details and by the end of it, it was believed that he stole $10 million. Levin managed to transfer millions of dollars around the world before being caught. Once he was caught, he was sentenced to three years and only $400,000 was managed to be retrieved.

Michael Calce did something out of the ordinary and launched a DDoS attack on Yahoo, eBay, Dell, Amazon and CNN. Believe it or not, the first hack he ever did was at nine years old to help extend a 30-day trial pass that he had. One of the amazing things about this hack is that it wasn’t for financial gain. Instead, Michael launched this attack to impress the hacker community which he successfully did.

The thing with this hack is that Michael didn’t just impress the hacker community. He also impressed the United States, including the government.

Although he impressed thousands, if not millions of people around the world, Michael still committed a crime. He served eight months in a youth group that wasn’t that bad when you look at the crime he committed. Now, Michael is a cybersecurity consultant, working with many companies in the United States to improve their cybersecurity.

It is one of the most notorious hacks of all time and the most recent. This attack was launched on several celebrities including Jennifer Lawrence, Kate Upton, and more. In this scenario, the hackers didn’t do anything spectacular. All they did was use phishing methods to gain the details of celebrities and gain entry into their iCloud.

Phishing is one of the most common cyber attacks in the world, if not the most common. It is something that many people are now aware of which is why they are a victim of it sometimes. If you are unsure what a phishing attack is, it is where an official email or message will be sent around to many people. Usually, the message will say that they are required to change their password because of suspicious activity on their account. It is exactly what happened in this case.

Cyber attacks happen all over the world. It is something that isn’t that new to the world and only seems to be more common. The question is, how do you deal with a cyberattack and protect yourself from one? Ensure you are creating complicated passwords. These include one symbol, an upper case letter, a lower case letter and a number. If you wish to keep your company safe from any malicious attacks, we would advise you to get a business cybersecurity team to ensure the safety of your company.

Managing Leads and Contacts With the CRM Tool Monday

The Best Software for Business Owners

Why is Digital Marketing in High Demand?

One thought on “The Most Known Cyber Attacks In History”

8 Financial Tips to Help You Build a Strong Savings Fund

6 Simple Ways to Encourage a Friend to Join Your Workouts

What You Can Purchase for Someone Who is Graduating

Everything You Need to Set Up a Pro-Level Game Room