How to Screen for Neurological Disorders 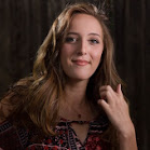 Neurological disorders can be difficult to diagnose and treat, but understanding how to screen for them is essential for successful outcomes. Screening for neurological disorders involves evaluating a patient’s medical history, performing physical exams, and running tests and scans to detect abnormalities.

Knowing how to properly screen for neurological disorders can help to identify and diagnose a disorder as early as possible, allowing for more effective treatment.

Learn about the various methods that can be used to detect neurological disorders.

An electroencephalogram (or EEG) is a test that detects abnormalities in brain waves. It is a non-invasive test that can be performed in the doctor’s office. The EEG is a process that involves placing a device like a Zeto EEG headset on your head to measure electrical activity in the brain. An EEG detects abnormalities that may indicate disorders like epilepsy.

Magnetic resonance imaging (MRI) is a non-invasive imaging technique that uses strong magnetic fields and radio waves to produce detailed images of the body by detecting changes in magnetic fields produced by the hydrogen nuclei in the body.

MRI is useful for diagnosing neurological disorders and conditions, such as tumors, stroke, and brain injury. MRI is a great diagnostic test to use when you have a neurological disorder that has not been diagnosed yet. This is because it can detect abnormalities in brain tissue without causing any harm to the patient.

Neurological disorders can cause increased fluid in the CSF, which can be detected using a special test. In this test, doctors use a needle to withdraw a small amount of the CSF from the patient’s spinal canal. The amount of fluid withdrawn is then measured and compared to the normal amount.

A biopsy is a surgical procedure that involves removing a small piece of tissue from the body. This type of test aims to obtain a tissue sample so your doctor can examine it under a microscope for signs and symptoms of your neurological disorder.

The procedure is performed by a doctor who specializes in neurosurgery. Tissue samples may be removed from the brain, spinal cord, or other body parts.

Top 6 Benefits Of Green Chillies You Should Know

How to Decrease Your Risk of Getting Mesothelioma